Why Iron is Important

Why is iron important?

Iron is an essential mineral which plays a key role in the making of healthy red blood cells. Without healthy red blood cells, your body doesn't get enough oxygen. When you don’t get sufficient oxygen throughout your body, you're going to be exhausted, which can affect everything from your brain function to your immune system's ability to fight off infections. Iron deficiency in infants* may adversely affect the long-term neuro development and behavior, some of these effects may be irreversible. Giving low birth weight babies an iron supplements during the first 6 months of life appears to improve their behavior around preschool age. Studies** also indicate that children with behavior problems and iron deficiency may also benefit from taking iron.(to order click here)

These groups have a high risk for developing Iron Deficiency or Anemia:

Do any of the following signs and symptoms apply to you?:

In infants and small children, anemia will manifest itself in the following ways:

People with lower iron levels may be at greater risk of heart disease, a new study has found. 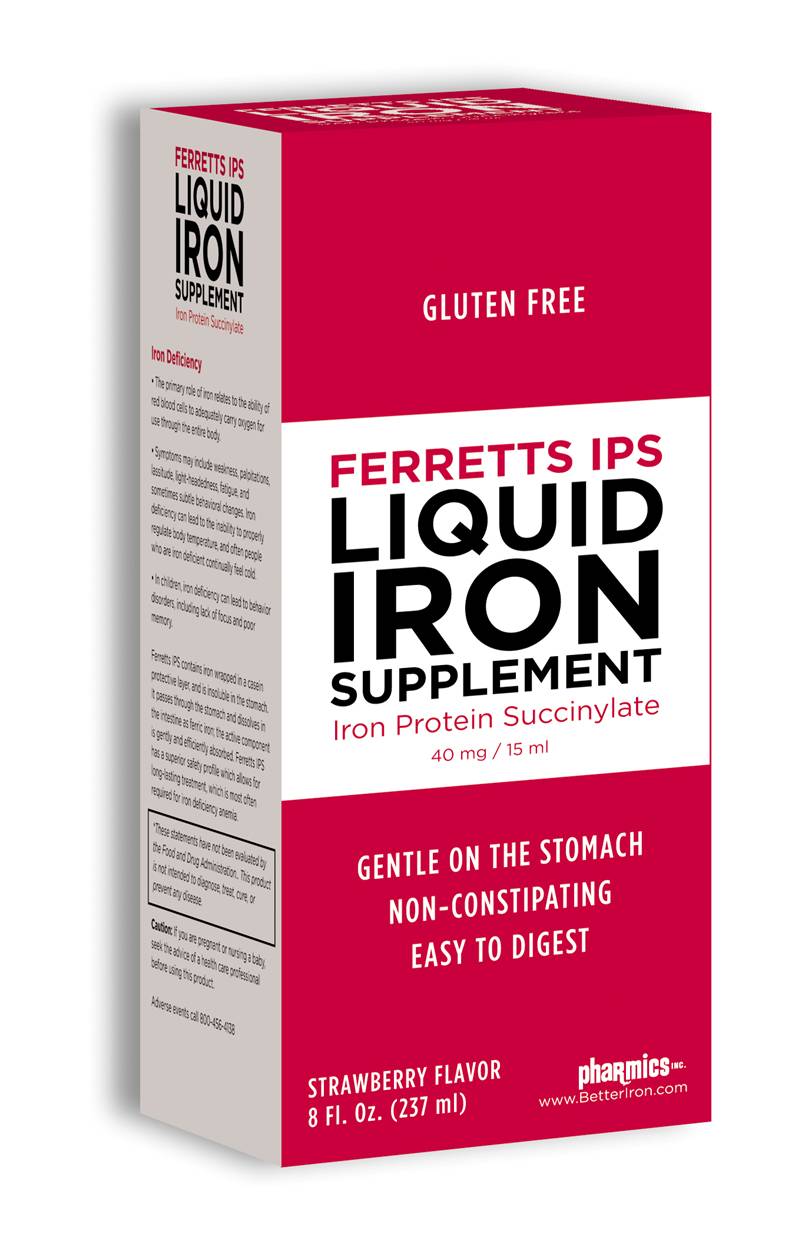 Ferretts IPS is a unique iron compound that has a distinct delivery mechanism for better tolerability and absorption.

Ferretts IPS iron supplement is non-soluble in the acidic environment of the stomach thus completely bypasses the stomach before the iron is released. Food does not affect absorption, which allows for more convenient dosing.

Ferretts IPS is the only iron compound that provides the highest degree of tolerability. This is very important, since iron therapy works only when iron stores are brought back to normal levels through consistent usage of an iron supplement which normally takes several months.

Statements on this page have not been evaluated by the Food and Drug Administration. This product is not intended to diagnose, treat, cure or prevent any disease.