Continuing research allows us to regularly update our knowledge and behaviors when it comes to certain conditions, and low iron levels in the body are a great example. Within the realm of iron supplements, for instance, there are still some sectors that rely too heavily on older, outdated iron formulations that often aren't well-tolerated by the body -- but there are also newer products that are beginning to fill these gaps and move iron supplements fully into the modern age.

At Pharmics Inc., we're proud to be part of that effort. We offer a wide range of iron supplements, including Ferretts Iron Protein Succinylate (IPS) products that hold several modern advantages in areas like absorption and others. We utilize industry leader Cheminutra as our provider of raw materials, which are known as IronAid products. Here's a look at what Ferretts IPS products are, and some of the key benefits that differentiate them from outdated forms of iron supplementation. 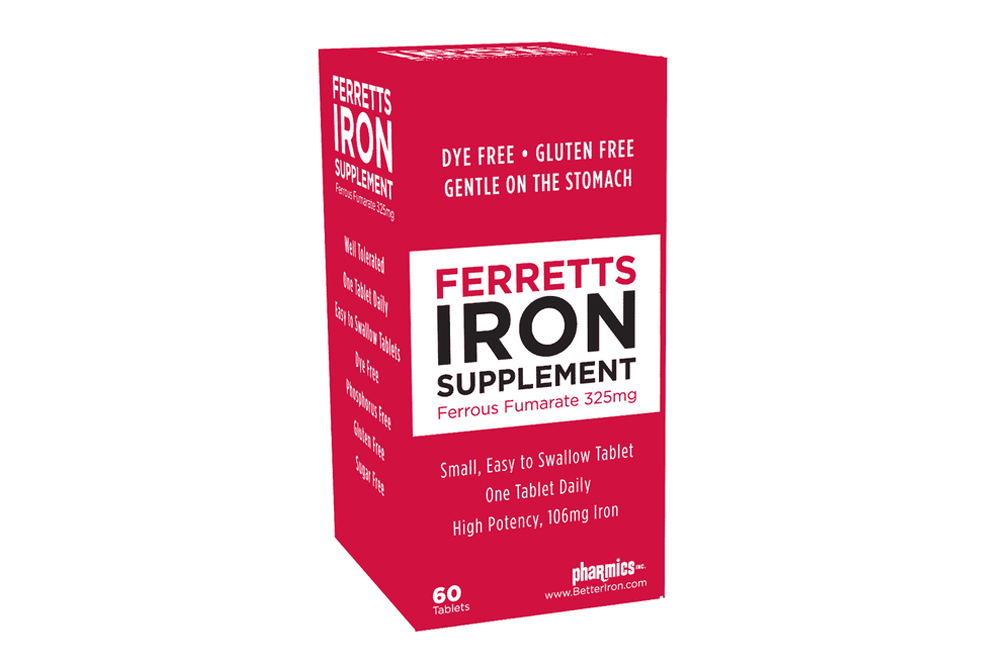 Ferretts IPS refers to a proprietary type of ferric iron that's been bound with a chemically modified casein protein. This is done via a process called succinylation, which stabilizes the entire product. Among other qualities, this leads to a product that is fully insoluble -- this means it will not affect the mucosa lining the stomach, unlike many other forms of iron supplementation.

There are several benefits of Ferretts IPS for those who require iron supplements. We'll go over some of the top candidates in our subsequent sections.

Because Ferretts IPS entirely bypasses the stomach and does not expose the mucosa to iron at all, iron is instead absorbed in the duodenum -- which is the ideal location for this to happen. Ideal pH levels are achieved that allow for speedy hydrolysis of the protein, meaning the iron will be absorbed immediately when it enters the duodenum.

Ferretts IPS is also the only current iron compound that has full tolerability in the body. Instead of it taking several months to stabilize iron levels through a supplement, this product allows for that stabilization to happen much faster -- meaning you won't have to worry about your body going through any sort of adjustment period when you use Ferretts IPS.

No Risk of Iron Overload

Due to the steady absorption qualities we just mentioned, there is no risk of iron overload when taking Ferretts IPS. This is something that's seen in other forms of supplementation, but does not happen here. That also means there are no risks to the digestive system either, which can be a concern with certain products as well.

We hope this look into Ferretts IPS has been helpful. We invite you to reach out if you have any further questions or concerns about this modern format of iron supplementation, as well as learn more about our other products at Pharmics Inc.